I was invited to dinner with some new friends here in Pietrasanta a few days ago.  I happened to mention that I was interested in seeing some of the plaster models that the old style master carvers used.

I wasn’t sure that studios like this even still existed, but a couple of artists from the studio down the street from SEM suggested that I stop in when I had some time.  I was there bright and early the next morning. 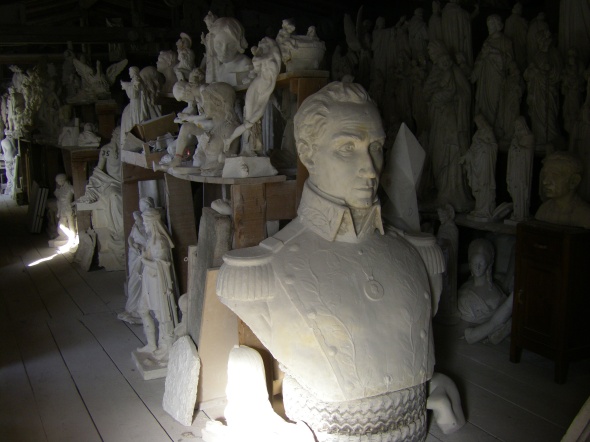 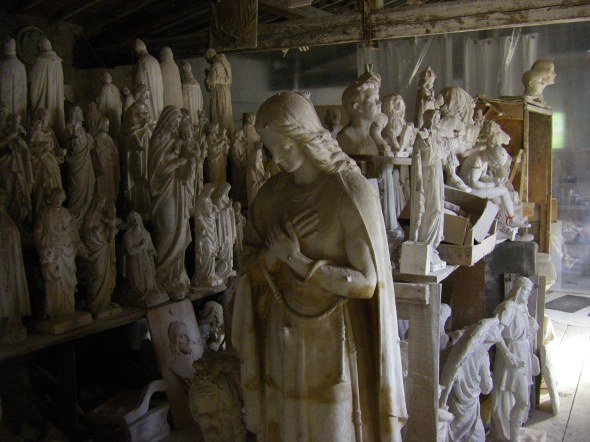 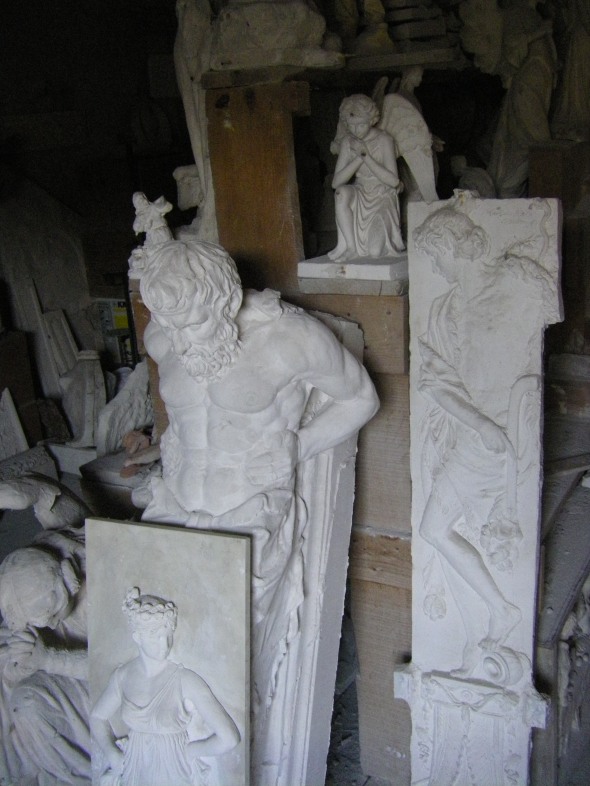 This is just a sample of overall collection.  These plaster macquettes seemed to span decades and perhaps centuries (more than just the one eleven years ago).

The original owner of the studio has moved his business out of the tourist section of the town.  He’s built a new studio and leases the old building, but he still owns and references the older works.

19 May This entry was published on May 19, 2011 at 6:01 am. It’s filed under blog and tagged cervietti, gesso, italy, maquette, model, pietrasanta, plaster, sculpture. Bookmark the permalink. Follow any comments here with the RSS feed for this post.